BUY YOUR TICKETS HERE NOW BEFORE THEY SELL OUT!!! 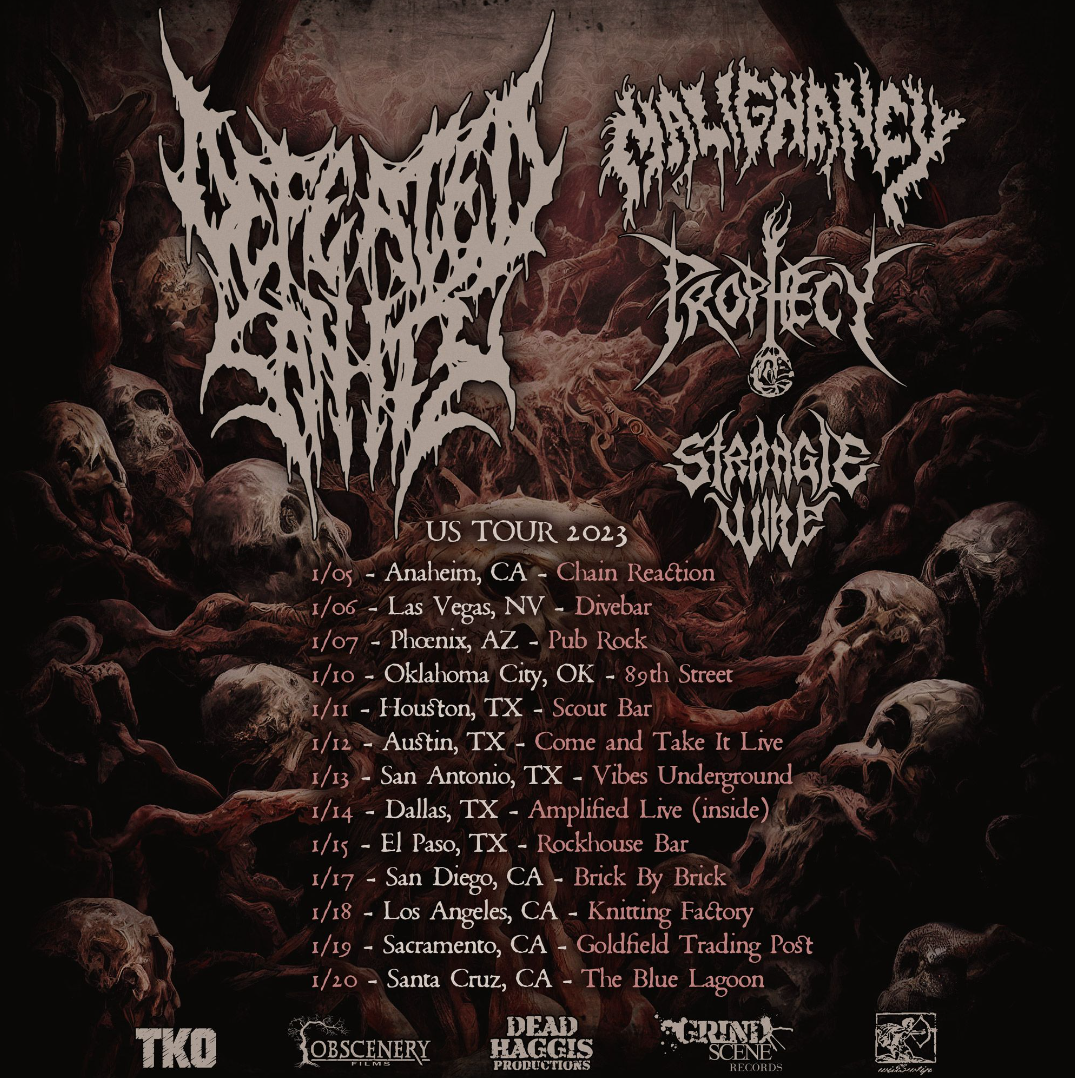 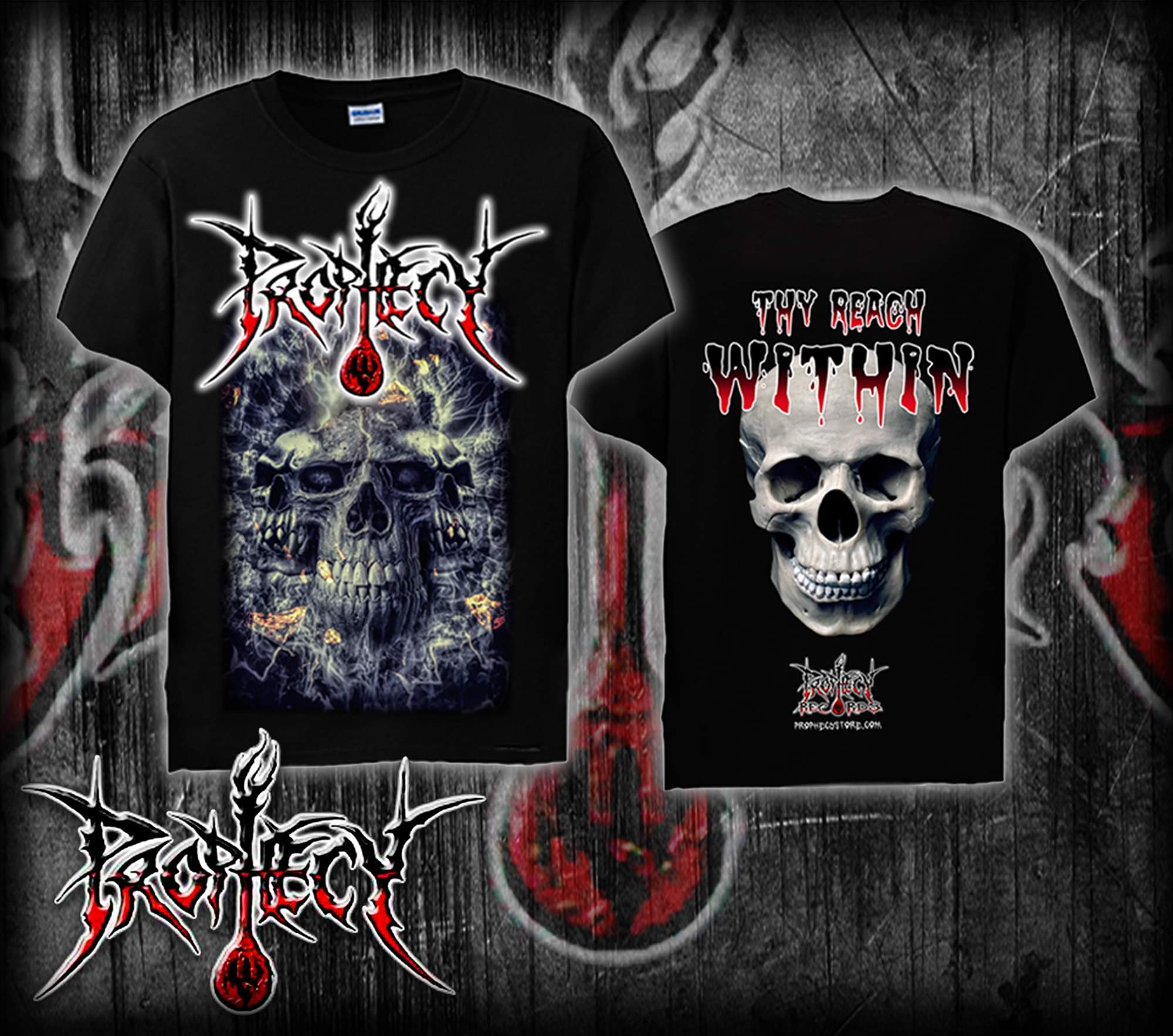 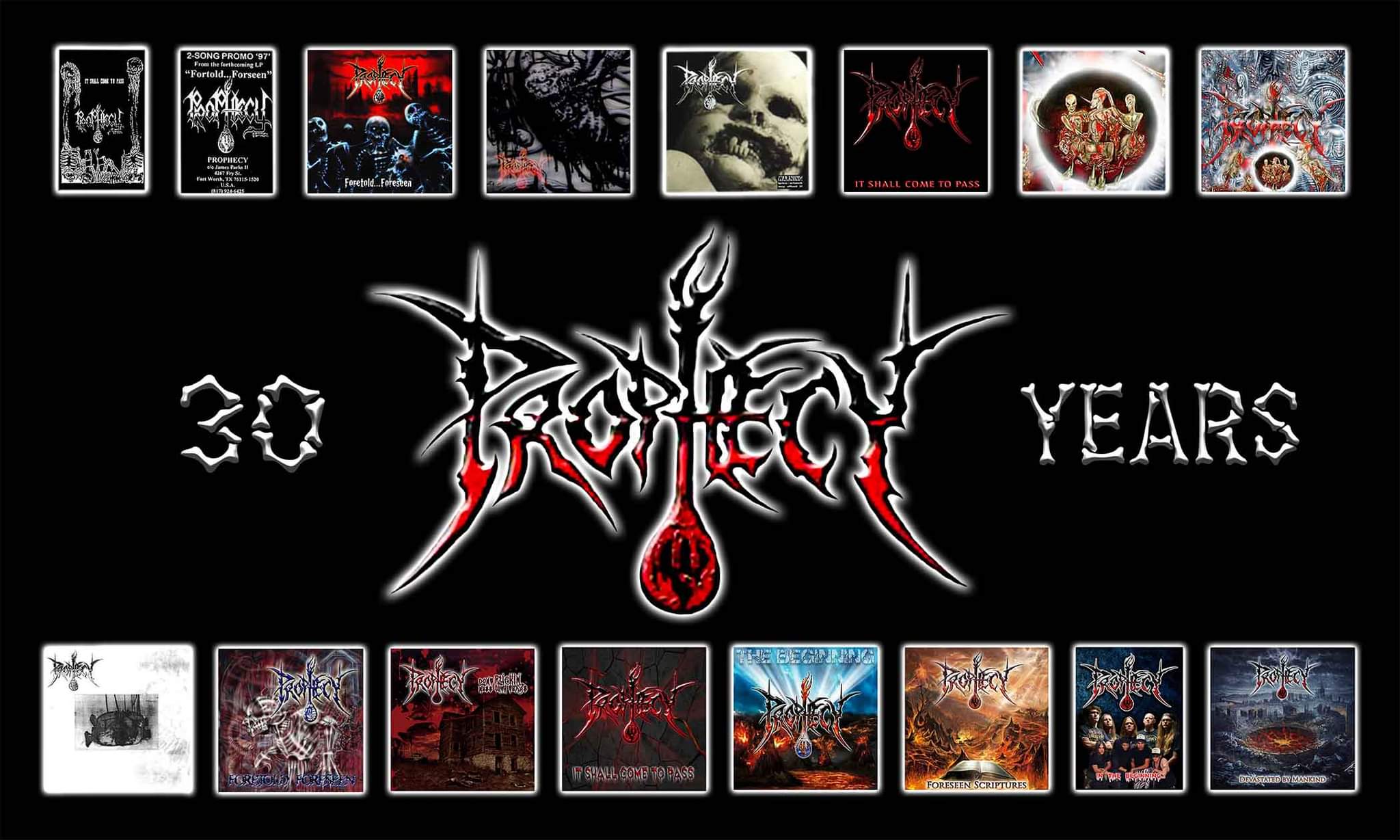 The long awaited “Thy Reach Within” music video has been released!!!


Read the Review »
Mr. Frank Rini (Original Vocalist
of the Mighty INTERNAL BLEEDING)
reviews “Foreseen Scriptures” with
his first “Anatomy of a song”!!! 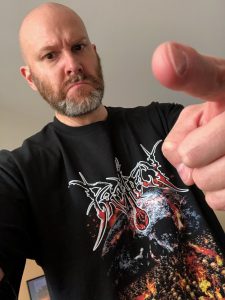 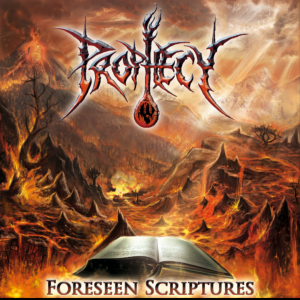 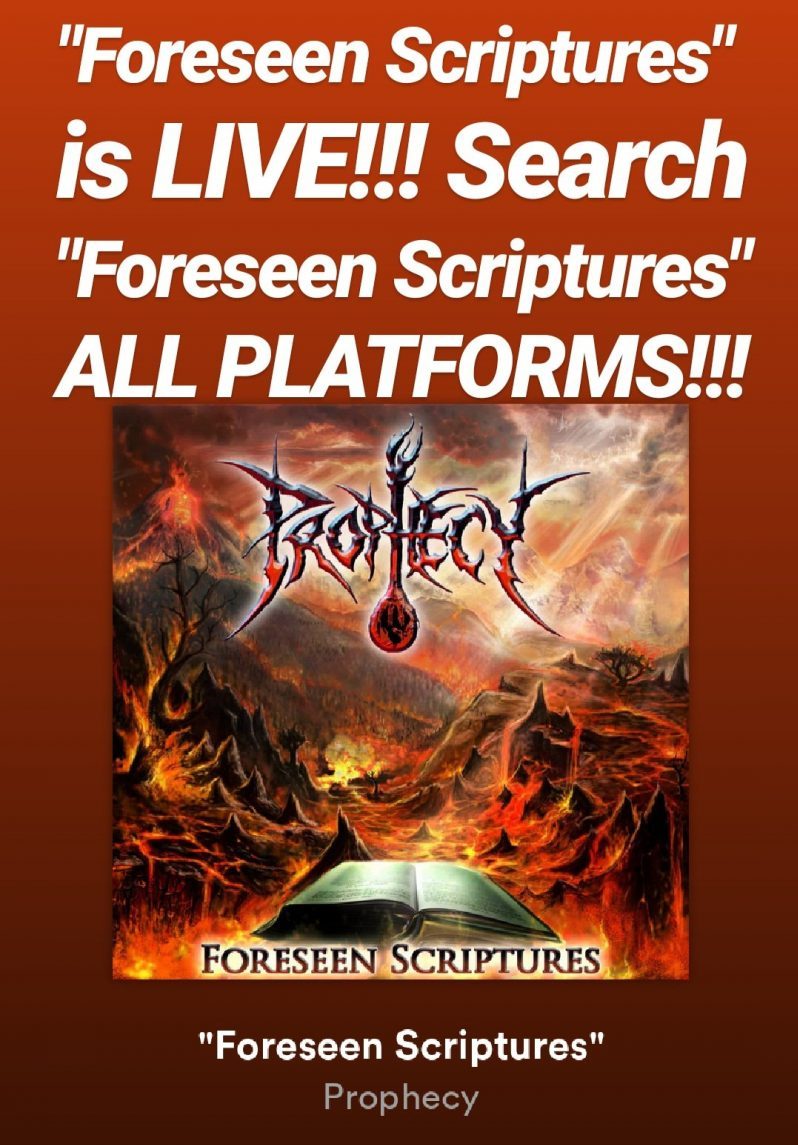 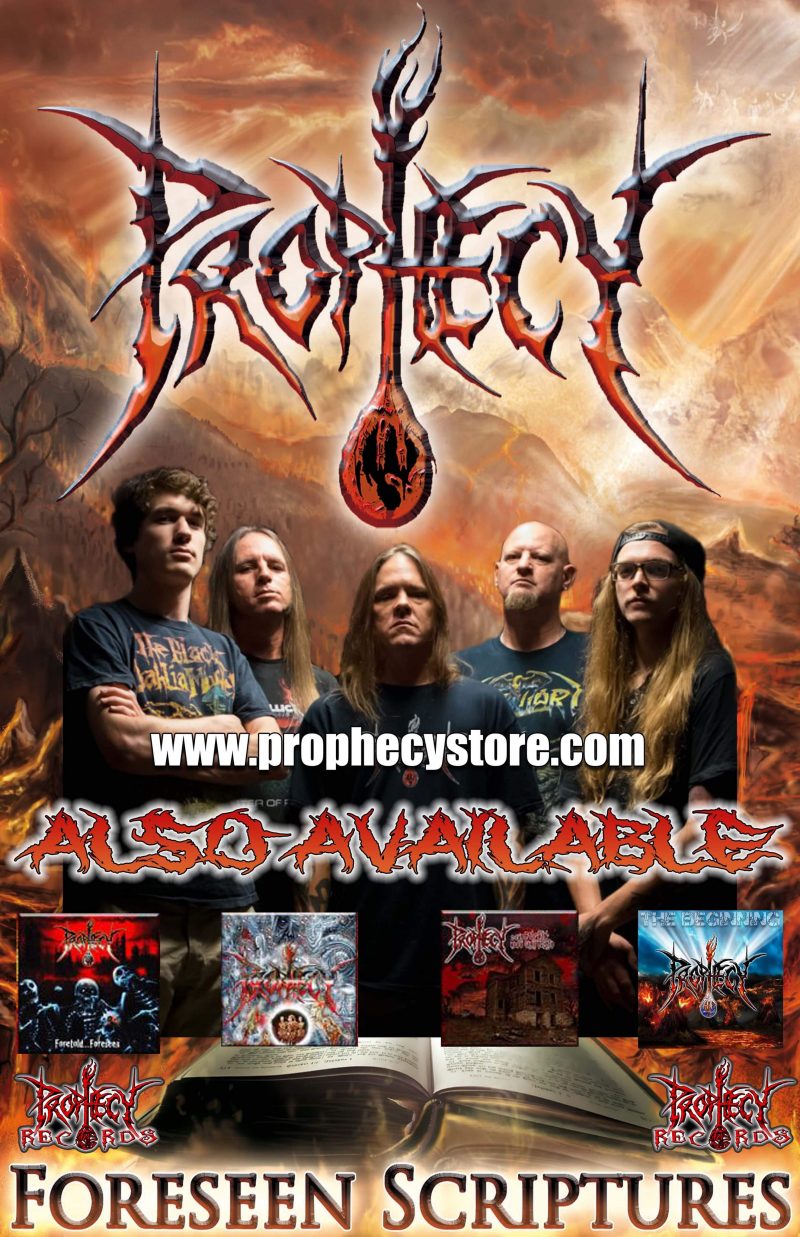 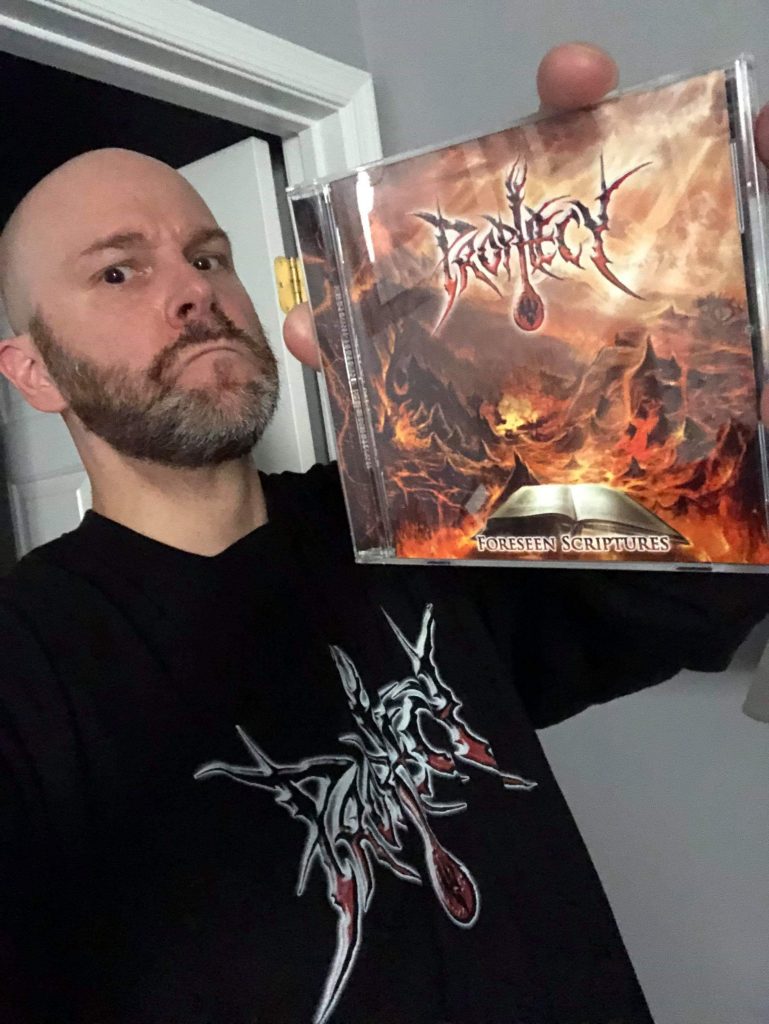 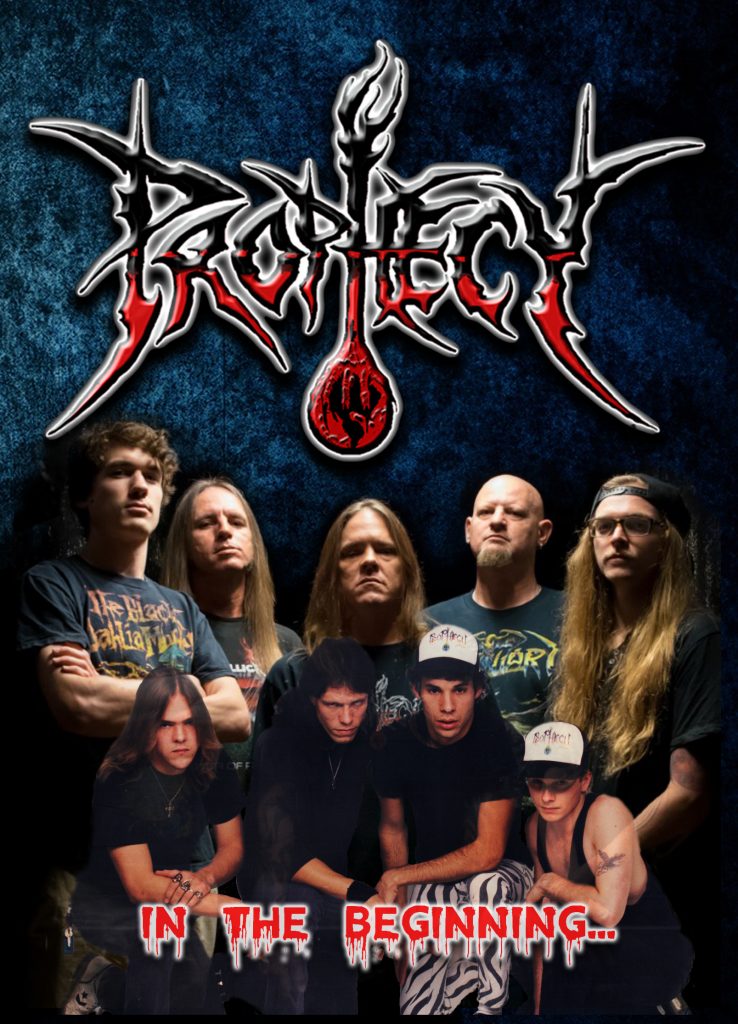 The NEW FULL LENGTH, “Foreseen Scriptures” is almost ready to go to press!!! Mixing and mastering is next along with NEW T-Shirts, Long Sleeve, and Hoodie designs, “Foreseen Scriptures” will be released soon on Prophecy Records!!! Formats will be old school Compact Disc and Digital!!! April 6th is FREE ENTRY FOR EVERYONE to attend the Official Music Video Shoot of the 2nd promotional single, “Buried In Brimstone” at Tomcats West in Fort Worth, TEXAS from noon to 3-4 PM!!!

“Foreseen Scriptures” will be released soon on Prophecy Records!!!

PROPHECY is set to begin recording the NEW FULL LENGTH RELEASE, “Foreseen Scriptures” on May 5th, 2018!!!

PROPHECY began in 1991 in Shreveport, LA (U.S.). James Parks II (guitars/bass/vocals/drums) met a couple of other musicians and started jamming together and decided to form a band. James chose PROPHECY as the name. James had a conceptual design idea for the band name logo and Mike Wilson was the artist that drew the band name logo. Mike was also the 2nd guitarist of PROPHECY for the following 3 years. After playing in the Shreveport/Bossier City, LA area for more than 3 years, the 4 members decided to part ways. About 6 months passed before James met Joe “Boogie” Dunlap (guitarist). They decided to move to the Dallas/Fort Worth, TX area and reform PROPHECY. Soon thereafter, Phil Holland joined as lead vocalist. PROPHECY became a TeXas brutal Death Metal (TXDM) band in 1995.

With awards and endorsements under their belt and numerous major U.S./EUROPEAN festivals and tours played and many coming, PROPHECY has proven they are here to stay!